The lecture, under the title Identity Formation in Eastern European Borderlands. Identity, Cultural Politics and Musical Theater in Kyiv during the Second Half of the Nineteenth Century, reflected on the notion of a borderland as contested polycentric and culturally diverse space. It focused, in particular, on the cultural life in one of the most contested and rapidly growing provincial centres of the late Russian empire, the city of Kiev. 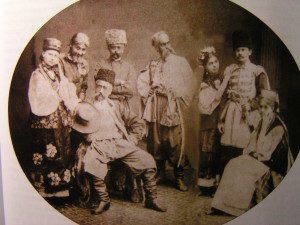 See here for more on the subject of the lecture, the lecturer as well as all practical information regarding the event.

The lecture was organised in cooperation with the Flemish Heritage Library Hendrik Conscience & POHIS-Centre for Political History at the University of Antwerp.