There are a number of changes in the NISE membership, the personnel of its Coordination Centre and with the database frame.

Canadian-born Eric Taylor Woods has become an Associated Member of NISE. He is Senior Lecturer in Sociology at the University of East London (UEL) and associated with several research institutes and associations. Dr. Woods also serves on the editorial boards of scholarly journals Cultural Sociology, Nations and Nationalism and Studies on National Movements. His research lies at the intersection of cultural, historical and political sociology, with a focus on nationality, religion and empire, with particular interest for the construction and contestation of these forms of belonging via culture. He is currently developing for NISE the nationalism research instrument called The State of Nationalism (SoN). 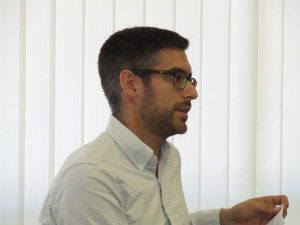 Peter Aronsson has left the Scientific Council, due to a change in position from active researcher to Dean and Deputy vice-chancellor for the Linnaeus University in Växjö (Sweden), having less time both to do research and find the time needed to follow the development in NISE.

With the help of the University of Antwerp (Power in History-Centre for Political History), NISE has been able to acquire from the Flemish Scientific Research Fund, for three years, the assistance of a scientific coordinator. He or she will be based at the Coordination Centre in Antwerp.

Finally, there has been a change of database infrastructure, to the Dutch-based Nodegoat. This will be presented at the next Annual Gathering, in Swansea next September.